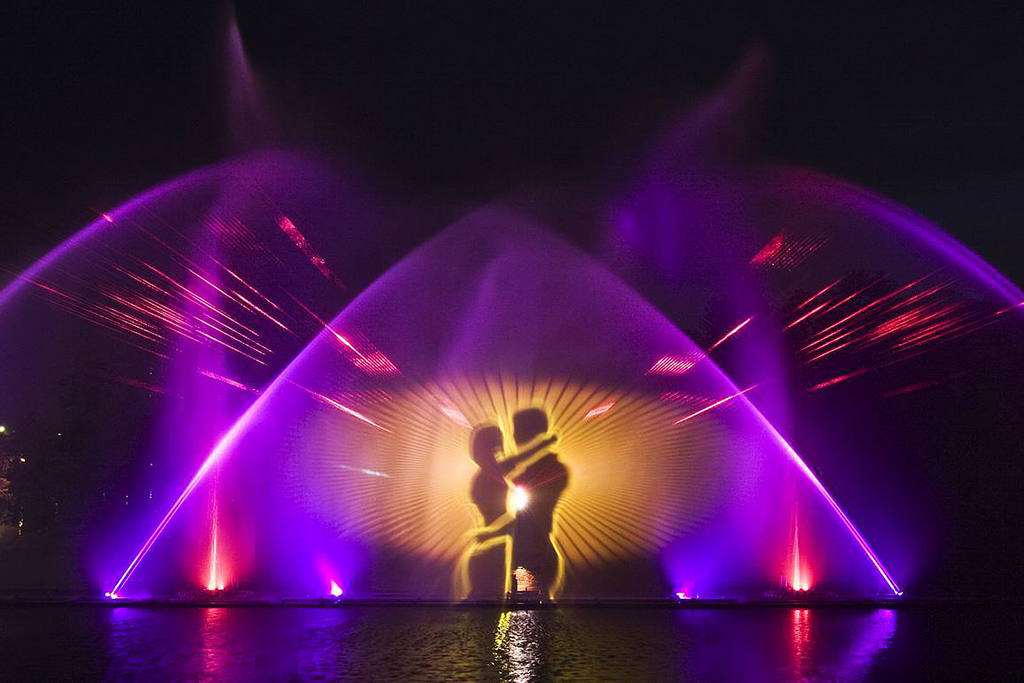 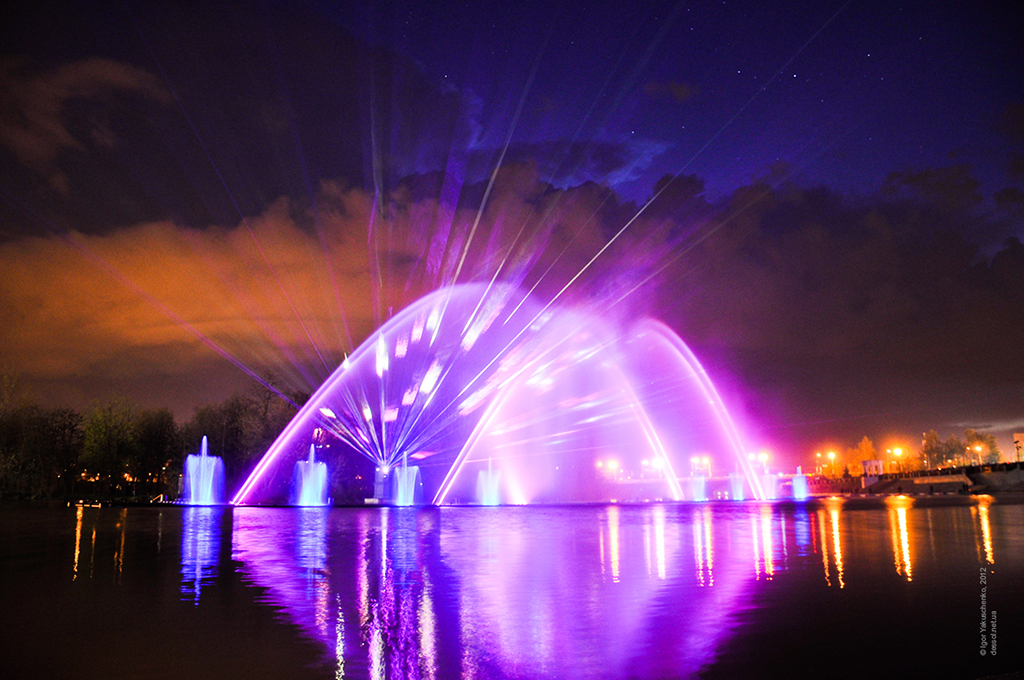 According to experts, it is considered one of the ten best and most spectacular fountains in the world. Unique so-called “wintering technology”, thanks to which the structure is lowered into the water. Before the establishment of the fountain and the reconstruction of the embankment have been working to clean up the river bed of the Southern Bug volume of 28,000 cubic meters of soil. 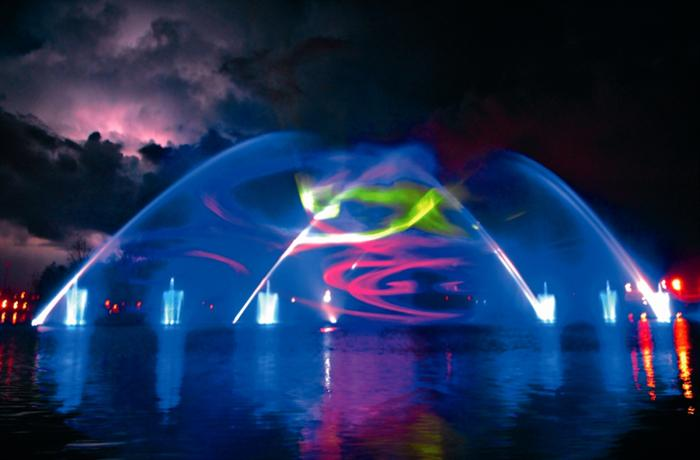 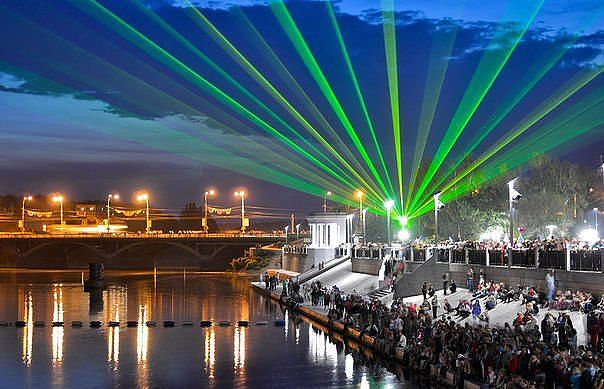 Development Engineer fountain «Roshen» Ralph is a company of Dow Emotion Media Factory GmbH, who is also the director.

When using a laser projector and the screen, consisting of a water-air mixture, distributed over the entire length of the fountain, the fountain allows to display video in 3-D format.
​ ​

Fountain «Roshen» was built at the expense of the charity fund Poroshenko. The total project cost 37 million USD.