In the square is a symbol Kozitsky Vinnitsa – Water Tower or Tower. Its height is about 28 meters, built of red brick. With its upper area of ​​the city will review at a glance.

The water tower was built in the early 20th century (the walls were completed July 5, 1911) by the decision of the Vinnitsa Duma by architect G. Artynova. 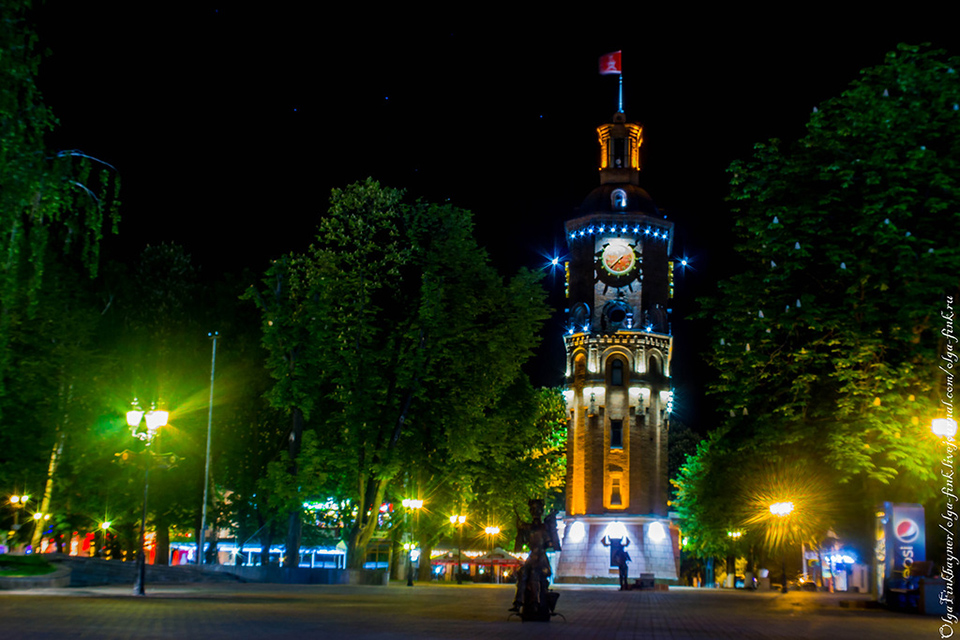 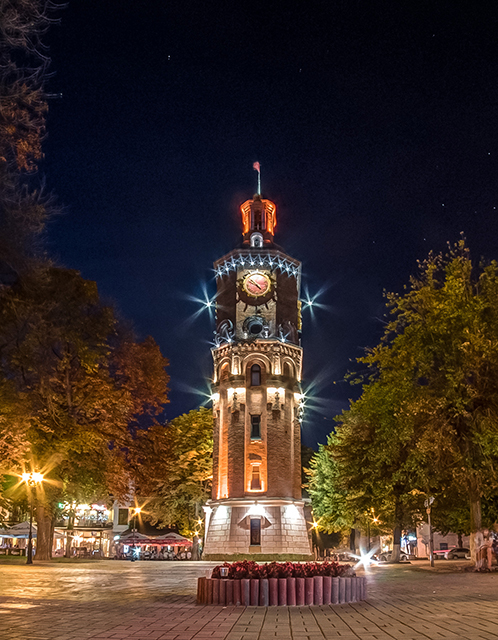 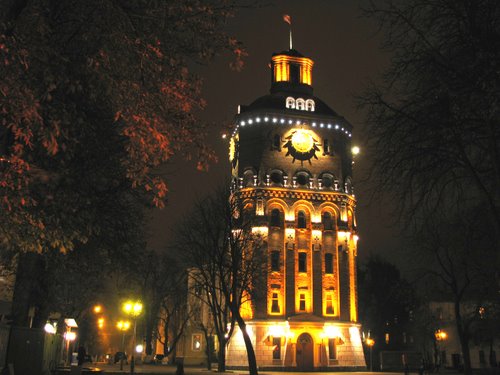 In the beginning it was constructed to secure water supply Vinnitsa population, but after World War II ceased to be used for its intended purpose.

Its present appearance the tower acquired in the 80 th years of the 20th century.

On the Tower still preserves the clock – chimes, which are now confidently measure time and every hour speak melodious ringing. 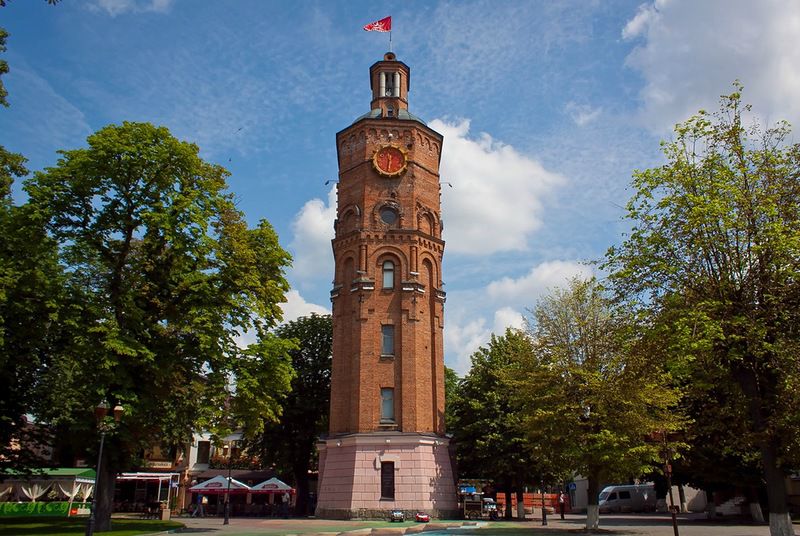 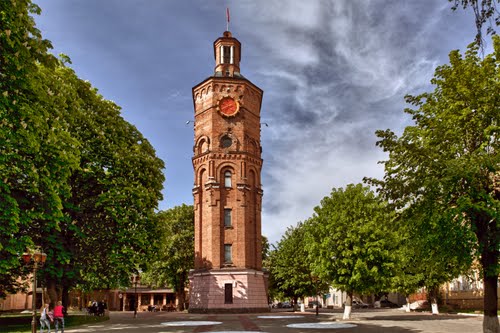